Designing for Personal Productivity With the Eisenhower Matrix 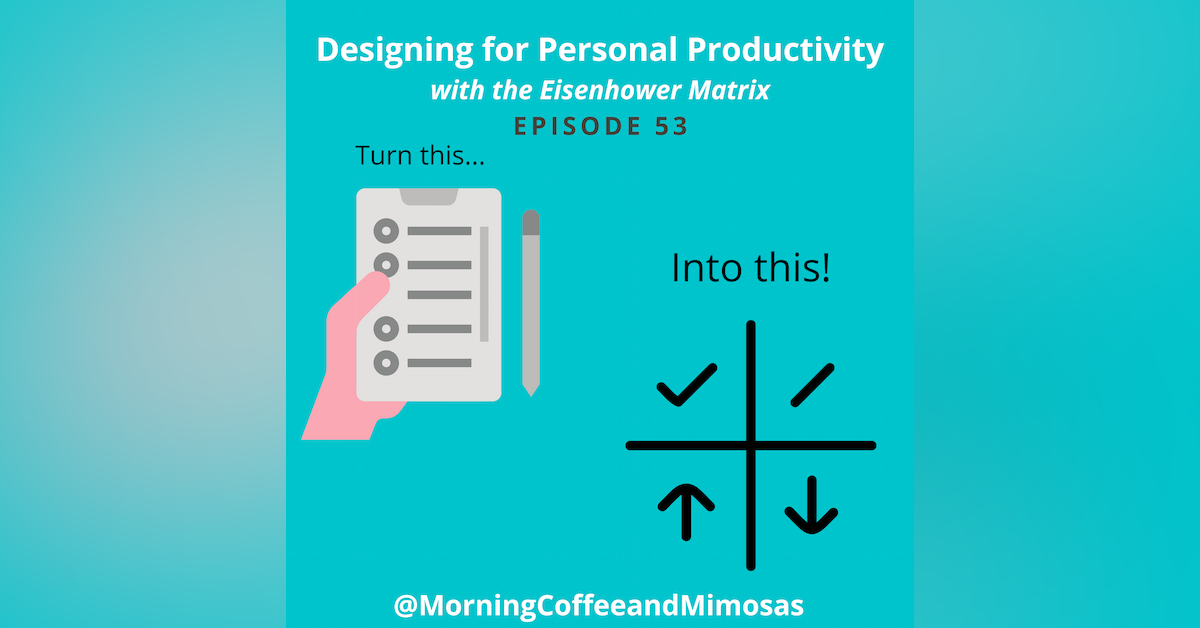 What is the Eisenhower Matrix? It helps you prioritize your tasks. It's useful because it sorts tasks into categories based on urgency and importance.

Dwight D. Eisenhower was America's 34th president from 1953 to 1961. Before leading the country as President, he served in the United States Army and rose to Supreme Commander of Allied Forces to win World War II. He also later became the first supreme commander of NATO.

Having to make tough decisions regularly while juggling many competing priorities, he developed this system so he could focus on the most important tasks. Less urgent and important tasks were delegated to someone else or not done at all.

Join us as we start the second year of Morning Coffee and Mimosas. This episode will guide you to a deep understanding of prioritizing based on urgency and importance.

Email has been submitted.